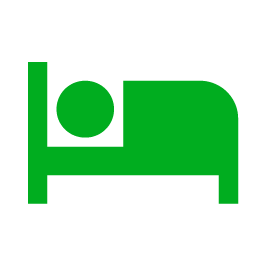 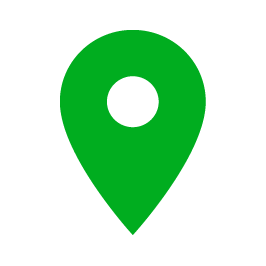 Because of its geography, nature and cultural history, Ida-Viru County (East-Virumaa) is definitely one of the most interesting regions in the whole of Estonia, side by side with industrial sites from the Soviet time and most wonderful nature.

Ida-Viru County also has an extraordinary manor heritage, so several of Ida-Viru manors are worth mentioning and visiting. Start with Saka manor, at the breathtaking cliff seashore of North-Estonia at a historically very interesting location. Interesting is not only that from 1941-1943 both Estonian and German sea defenders were located in the manor, but also that after the Soviet military cordon was situated there with its reconstructed border guard tower. You’ll find the neoclassical Saka manor main building from 1862-1864 surrounded by a park rich in species. There are good tenting and camping facilities, with a beautiful hotel, restaurant and spa in the manor.

147km from Tallinn you’ll find the historically interesting Aa manor from the end of the 17th century, restored in 1730-s (used as nursing home nowadays).

By chance visit the Illuka, Mäetaguse and Maidla manors. Especially worth visiting is the Kalvi manor, the location has been popular throughout the history being a popular recreation region. There’s a port close by and a lot of other sights.

In Ida-Viru County you can find different hiking trails, as Kotka, Purtse and Kurtna trails. The Oru castle park in the valley of the river Pühajõgi is historically exceptional, as it was the location of the Italian-style residence the first president (of the “1st Republic) of Estonia – Konstantin Päts. The castle was bombed and destroyed in the II World War. Toila, where the Oru park is located, is a lovely small town with good holiday facilities. The impressive North-Estonian cliff shore is best visited in the Saka-Ontika-Toila line.

In Ontika, make sure to visit the Valaste waterfall, which is the real heritage of the cliff shore and a real national symbol.

Ida-Viru County is famous for its blue mountains (Sinimäed), which have been a defense line in several wars (e.g. the Vaivara blue mountains). Ida-Viru County has also unique ash mountains (e.g. the Kiviõli ash mountains) which are the result of dredging and processing oil shale.
As a contrast, visit the biggest and most beautiful complex of lakes in Estonia, north of Iisaku-Illuka-Kurtna on the kame-field of Kurtna, consisting of 11 lakes and different natural forms.
Ida-Viru has various towns, most important new industrial towns are Jõhvi, Kiviõli, Sillamäe and Kohtla-Järve. In recent years however, many of these towns have started to positively transform and attract visitors. Sillamäe for example, which didn’t even exist on Soviet maps being a closed military city, has a fantastic and compact city center of Stalinist classicism worth seeing.

One of the most considerable sights in Ida-Viru County nowadays are the Kohtla mines, which have been changed into a museum (follow the signs from Kohta-Järve). And naturally, the old city of Narva at the border to Russia, which has historically been the centre between East and West – and the greatest city in the eastern part of the Kingdom of Sweden. The magnificent baroque hanseatic city was destroyed by the Soviets in the II World War, however the unique Hermann Fortress at the Narva River (opposite to the Ivangorod Fortress now on the Russian side) has been preserved/restored, however several historical fortifications have also survived and some preserved, as the city hall which still awaits proper restoration. The city however has a special aura.
Visit Narva-Jõesuu (trans. Narva River Mouth) north of Narva, the former popular destination of the czar-Russian aristocracy.

Ida-Viru County has dozens and dozens original and beautiful sites to visit, as the Kuremäe convent (trans. Stork’s Hill), medieval Purtse fortress and Jõhvi Mihkli church. Fishermen villages at the shore of Lake Peipsi as Vasknarva, Alajõe, Rannapungerja and Lohusuu – are surely worth discovering.